We supply advance professional devices including high-accuracy GPS systems, drones, industrial-grade lasers and more. Contact us at +603 - 5192 0588 or email us at enquiry[at]gpslands.com.my for more information.
@gpslands

Aeroscout provides autonomously flying, industrial unmanned helicopters for aerial imagery and photogrammetry, aerial video recording, surveillance and inspection, 3D laser mapping, search & rescue, aerial scientific measurements (online/offline).
The Scout B-330 UAV helicopter is designed to carry payloads up to 50kg (110lbs) for at least three hours in a typical mission scenario. This includes a fully autonomous take-off sequence, a mission flight at variable speed, and a landing sequence.  The mission can be a preprogramed on the ground control station (GCS) or it can be continuously adapted by the operator.

Various safety features such as autonomous homing and automatic landing in case of link-loss as well as redundant backup links are part of the standard UAV helicopter system.

The Scout B-330 UAV helicopter is fully boarded and sealed to operate under dusty, rainy and humid conditions like in the mountains or offshore. The extremely stable flight behaviour in strong wind is crucial for perfect data acquisition of many sensor applications.

The development and production of the Scout B-330 UAV helicopter, located in Switzerland, is based on modern CAD tools and laser production technology and fulfills highest certification standards

The Scout B-330 UAV helicopter can carry almost every payload up to 50kg (110lbs). In the following, two typical payload configurations are described. Aeroscout as a system integrator has more than 10 years of experience with the integration of highest grade sensor equipment on the well-known Scout B1-100 UAV helicopter.

Laser Scanning with the Riegl VP-1 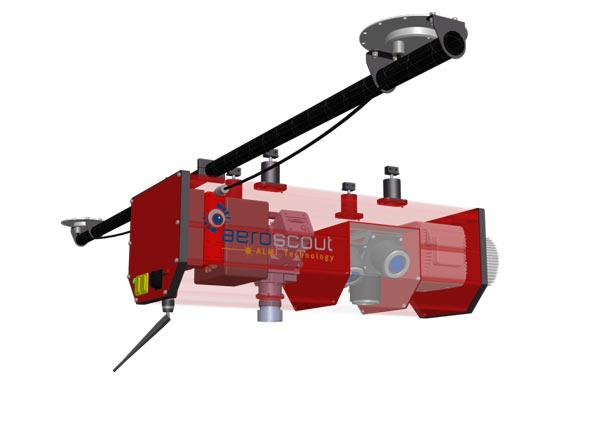